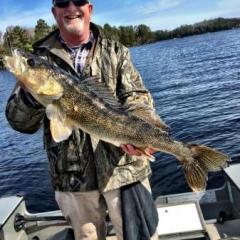 By BobT,
November 27, 2008 in Pheasant Hunting-Grouse-Dove-Partridge