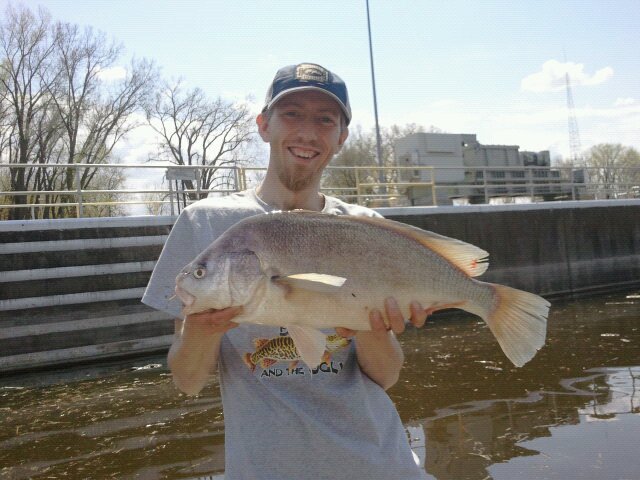 The one species of fish that I think is one of the most overlooked, fun fighting, great table fair fish, would be the Freshwater Drum or Sheephead.

Drums can get very big making these fish very fun to fish for, the state record is set at 35 lbs off the Mississippi but with the average weight at 2-10 LBS.

Where can I find ’em?

This fish is present in many lakes and rivers throughout Minnesota. It gets its name “Drum” by the mating call the males make in the spawning time once the water temp reaches around 65 degrees. They make this sound by rubbing their tendons against their swim bladders and create a “Drum” like sound.

When should I fish for ’em?

In the heat of the summer when most other sport fish slow way down and are hard to find, let alone catch, these fish are picking up the bait off the bottom the second it lands there, EVERY time! You can catch these fish year round, but they bite best in the dog days of summer.

What do they eat?

There typical meal depends on age of the drum, the younger drums will mostly eat insects and their larva, as they get bigger they will eat crayfish, clams, mussels, and small fish. As far as lures go and catching them, they will hit crank-baits, spinners, minnow and a hook, but the by far best thing I have found to catch them one after another, is a simple jig and a night-crawler. The wiggle from the crawlers tail sitting at the bottom entises them to eat it every single time. I would consider their fight like an over sized sunfish on steroids, doing circles on the way up to the top of the water just like sunfish do. So what makes this fish not interesting to most anglers? Because there mouth is near the bottom of their face like carp and other bottom feeders? That they look like a junk fish that wouldn’t taste good?

This fish is actually really good tasting, however it needs to be iced quickly like you would a walleye. There are many ways you can cook sheephead as there are any other fish. When you filet the fish you want to remove all the red meat from both the top and bottom, you can boil them as you would a lobster, grill them up on a cedar plank, or fry em in the fryer! The bottom line here is that these fish fight just as well as any other sport fish does, and they taste great too! Plus these fish are not at harm of being “Over fished”! I hope you learned something new and try to fish for this surprisingly fun fish to catch. Don’t forget to bring the kids with, they will have an absolute RIOT! They are as easy to catch as a sunny, but fights as good as bass, eyes, and pike!