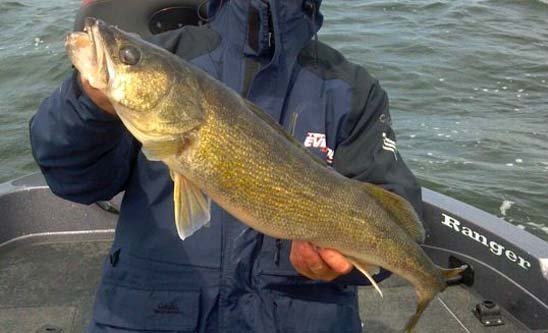 The news is good for outdoor Wisconsin: much of the state received much-needed rain in the last week, which finally reduced wildfire danger, but later last week there were still some areas with very high danger levels.

The rain has not substantially increased water levels on rivers and many are slightly lower than average for spring paddling, including both forks of the Flambeau, the Bois Brule and the Wisconsin, where sandbars have begun to reappear on the lower state riverway.

Fishing news is also positive. Water temperatures have crept up into the upper 50s and to the low 60s on some smaller lakes Northwood Lakes. There hasn’t been any real consistent pattern yet to early season walleye bite and anglers have been having some good success on both crankbaits and live baits, with both leeches and minnows having good success. Action has been best in the early morning and in the hour or so before dark, with some good catches the 12 to 16-inch size made along with a few nice fish in the 20 to 27-inch size. Northern pike action has been fair. Bass activity has really started to pick up and there have been the first few observations of both largemouth and smallmouth making their spawning beds. Panfish action is fair to good. Some crappie spawning activity has already been noted.

The Lake Superior steelhead run is all but finished on the Bois Brule, but trout are still being caught on the river. Steelhead runs on Lake Michigan tributaries are also pretty much over, but some anglers are still working the East and West Twin and the Kewaunee rivers.

Brown trout and walleye action has trailed off over the past week on Green Bay as smallmouth bass action begins ramping up. The 25th annual Spring Sturgeon Bay Open Bass Tournament is scheduled for this weekend May 15-17. Water temperatures increased to 64 degrees by mid-week and the success of anglers increased with it, with Sawyer Harbor, Little Sturgeon and Sturgeon Bay all seeing increased bass activity.

Lake Michigan trolling activity continues to increase with a mix of browns and lake trout reported out of Sheboygan and Port Washington with good catches of coho out of Milwaukee Racine and Kenosha.

Turkey hunters participating in the fourth hunting period reported mixed success. Some reported gobblers did not seem overly receptive to calling, while other reported toms were easier to spot now that many hens are sitting on nests.

The first white-tailed deer fawns of the year are being reported and once again, if you see a fawn left alone it is not abandoned. Does intentionally leave their fawns hidden and then watch them from a distance as a way of protecting them. If you encounter a fawn, leave it alone, back away slowly and its mother will care for it. Beavers are also dropping pups and more goose goslings and the first baby loons were seen this week. Sandhill cranes and trumpeter swans are on their nesting sites.

Blandings turtles are emerging from the wetlands and crossing roadways, and painted turtles have been observed sunning themselves on logs. American toads, leopard and pickerel frogs, and gray tree frogs are calling wildly.