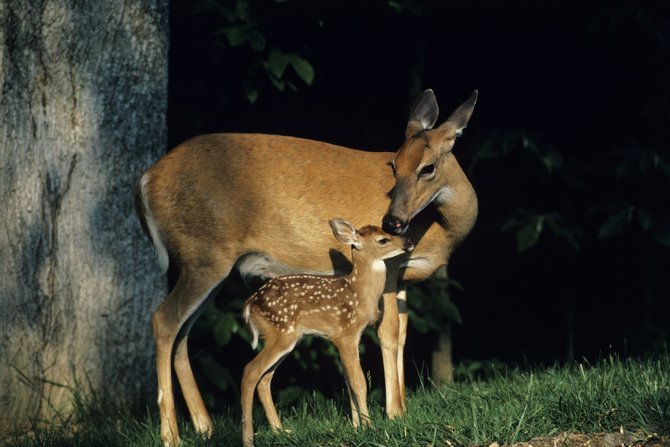 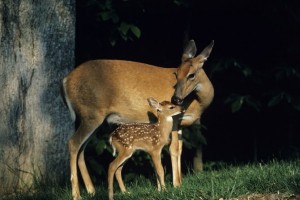 Following the Natural Resources Commission’s monthly meeting in Monroe, Michigan, it has been announced that the Michigan deer hunting restrictions for antlerless deer will change for 2015. They have decided to eliminate the harvest of antlerless deer during the archery season for hunters using deer or deer combo licenses in the Upper Peninsula.

The restriction, which does not affect the firearm deer season, but has been put in place in an effort to aid the Upper Peninsula’s struggling deer population, which has declined to a level comparable to the early 1980s following three successive winters with severe conditions.

There have been roughly 5,000 to 6,300 antlerless deer harvested in the U.P. by archers over each of the past four years.
Although deer regulations currently are on a three-year cycle, elements such as weather and disease can cause regulations to be reviewed mid-cycle and adjusted when appropriate.

The winter of 2014-2015 brought significant snowfall before the start of the firearm season, which persisted to depths of 20-30 inches across much of the region.  Additionally, temperatures of -10 to -20 degrees arrived in February, further stressing animals that had limited mobility because of the deep snow.

“The NRC asked the DNR Wildlife Division to present options to address the decline in deer in the U.P. and associated concerns by hunters,” said DNR deer management specialist Chad Stewart. “In May we brought forward six possible options, and the NRC chose to concentrate on two of those options.”

The NRC’s decision makes deer and deer combo licenses used in the archery season “buck-only” licenses. The other option considered by the NRC was to maintain the current regulations.

“Deer hunting is an important tradition in Michigan’s U.P. and a big economic driver for the entire state,” said Natural Resources Commission Chair John Matonich. “This decision by the NRC will ensure that tradition continues while also providing prudent protections for the U.P. deer population.”

The DNR Wildlife Division polled neighboring states on their recent and future deer seasons, and found those states also are reducing antlerless quotas or opportunities to take antlerless deer during specific seasons.

“We will be working to communicate this information to all who hunt in the Upper Peninsula,” Stewart said. “We’ll need to make sure hunters everywhere are aware of the change because once they cross the Mackinac Bridge the rules for their 2015 deer licenses will change.”

Deer and deer combo licenses can be returned for a refund and new licenses could be purchased prior to the start of the deer seasons. After Sept. 20, the licenses are considered “used” and cannot be returned. To learn more about the process for returning licenses, contact DNR licensing staff at 517-284-6057 or [email protected]