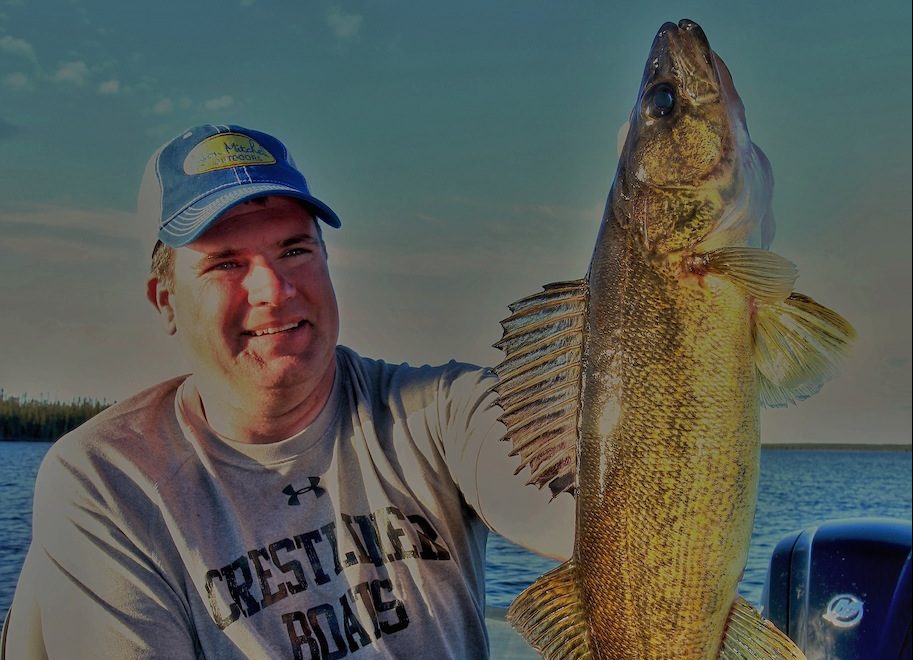 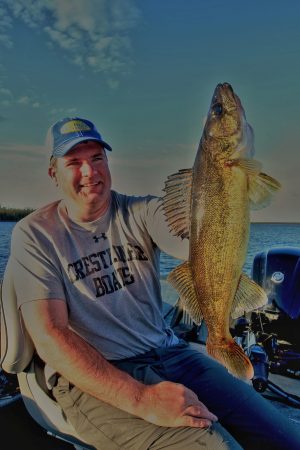 I make no secret of my love for shallow weed walleyes. These fish are aggressive and will hit baits with force. Spend any time chasing muskies and, sooner or later, don’t be surprised to find your retrieve interrupted by a big old ‘Walter’ smashing down on a bucktail or spinnerbait. These weed fish don’t even act like the walleyes that many of us were groomed to catch in our youth, when we thought we had to use six pound test and fish as slowly as possible, as close to the bottom as possible. These fish play by a different set of rules and more anglers have discovered that weed walleye patterns happen throughout the entirety of each summer.

The biggest challenge I find when targeting weed midsummer walleye, is that weeds can grow amazingly fast and you often have to re-learn even familiar locations. There are times when the weeds can literally grow six more inches in a matter of a few days. Early in the season, when the weeds are just starting to grow, fishing is relatively easy. As the weeds begin to reach for the surface, the windows of clean water become more precise and narrow. A particular size of swim bait or jig hook that was perfect a week ago can become obsolete when the profile of the weed bed changes.

As a general rule of thumb, most weed walleyes do seem to follow the old play book; that is, move out over deep structure and basins as summer progresses but there always seems to be a percentage of fish that stay in shallow weeds throughout the season. These patterns can be as fickle and fleeting as any other pattern but what makes weed patterns appealing to this angler is that they are often overlooked because many walleye anglers hate fishing weeds. We are essentially zigging when everybody else seems to be zagging. On so many fisheries from Saginaw Bay to the Missouri River reservoirs and many natural lakes in between, these populations of fish don’t get touched and that is what makes these patterns so good.

Both flats and contours can hold fish, and there are many ways to fish weed walleyes, but there are a couple of presentations that really shine depending on the profile of the weed bed. Day in and day out, a swim bait with a large plastic paddle tail is tough to beat. The reason swim baits are so deadly around weeds is because of the large gap single hook that can be snapped and shredded through weed stalks and because the larger hook allows you to put more pressure on the fish and keep them hooked up. Now fluke style and curl tail baits can all work well but I have always been a fan of a large paddle tail because of the vibration and thump that comes off these baits. I believe this thumping tail does the best job of pulling fish up out of weeds because fish can feel the vibration.

Finding the right lure and fishing the right angle, so that the lure can be worked clean through the correct zone, takes a somewhat methodical approach. When the fish are aggressive, and cruising higher in the water column or roaming the open pockets or open water above the weeds, these weed walleyes are easy. When fish are tighter to the bottom, or along the bottom edge of the weeds where they become deeper and sparser, the window is much more limited because you are going to need a presentation that lands in front of the fish. This is exactly why swim baits shine day in and day out, because the depth can be manipulated and controlled so that the bait fishes down to the fish.

Fishing these baits is merely swimming and sliding along the edges and open pockets, or swimming over the tops of emerging weeds while snapping or popping the lure when you make contact. This snap or pop not only cleans off hooks but also triggers weed walleyes. If anglers make a common mistake with swim baits and weeds, I would dare say that many anglers use too small of a swim bait. Four to five inch, or sometimes larger, swim bait bodies present an easy target, move water and slide and glide more slowly towards the bottom, so that the bait can be swum just over the tops or through the edges of the weeds. Soft plastic swim bait options that have large paddles and offer that exaggerated vibration, like Kalin’s Sizmic Shad, are the meal ticket.

In my opinion, swim baits are the perfect one-two punch when you combine hard baits into the repertoire. For covering water, or picking off the aggressive fish that are riding high in the weed bed, you can use crankbaits or stick baits with a tremendous amount of success. Last summer, we filmed an episode in northeastern South Dakota’s Glacial Lakes Region near Webster where we caught some really big fish rolling Salmo Stings over seven to nine foot weed flats. The weeds nearly reached the surface and this particular shallow running suspending twitch bait proved deadly. You can cover more water with a faster trolling motor speed when using hard baits and most definitely wear out the aggressive easy to reach fish in a particular weed bed.

What always shocks me, however, is the number of fish that can be tallied by going through the same weed bed at a slower more methodical speed with swim baits.  Swim baits catch the fish that the crank baits miss.

Why these two lure categories compliment each other so well, stems from the dive curve each bait possesses. Imagine a standard crank bait or stick bait going through the water column during a retrieve. The dive curve is going to be half circle shaped. Snap the lure to get it down and the lure is going to be at the deepest about half way through a retrieve before it begins to rise towards the boat. With hard lures, you can clip the tops or sides of the weeds at a faster rate. Hard lures typically have more noise; more flash and can probably pull fish in from greater distances. These characteristics make them shine for finding fish, eliminating water and catching midsummer walleyes that are on.

The swim bait takes a different route back to the boat that can be manipulated much more so than hard baits. The swim bait can be retrieved to take a similar half circle shaped route back to the boat in a much more subtler fashion but it can also be lifted or dropped to cover a portion of the water column that hard baits will miss and do so at a slower speed. When fish are tucked in tight to the bottom of the weed bed or holding tight along an inside or outside edge, you can reach these fish with a swim bait. The single hook is also easier to clean and free when you make contact versus the multiple hooks on a crank bait or stick bait.

What is really neat about weed walleye is that they are typically homebodies, in that they don’t move like fish on other patterns. When conditions change, these fish simply lay in the bottom of the weeds and don’t as often show the vertical or horizontal movement of moving up and down like structure fish that might move from twenty feet of water up into ten feet of water. Weed fish seem to hold in the same depth of water but merely move up or down in that specific depth. In other words, these fish don’t always seem to slide out over deep water or slide down the break, they merely quit swimming and drop to the bottom when they are off. Weed fish are often dark and brilliant in color, which points to a resident lifestyle, 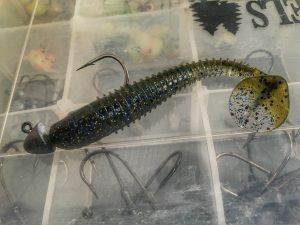 whereas washed out appearing fish are fish on the move.

When these fish are on, they are extremely under rated predators that can out compete both bass and pike on many bodies of water. These fish won’t need finesse and that is what makes this style of fishing so much fun. Combine the aggressive nature of these shallow fish with warm water temperatures and you have a hard hitting, hard fighting fish that surprises you no matter how many you catch. Every year, I catch a few of these fish where the hit is so abrupt and sudden… the fight is so determined that I say to myself, “this can’t be a walleye.” Weed walleye are not your ordinary walleye.