Home/Top Stories/Bald eagles on spring migration back to Minnesota 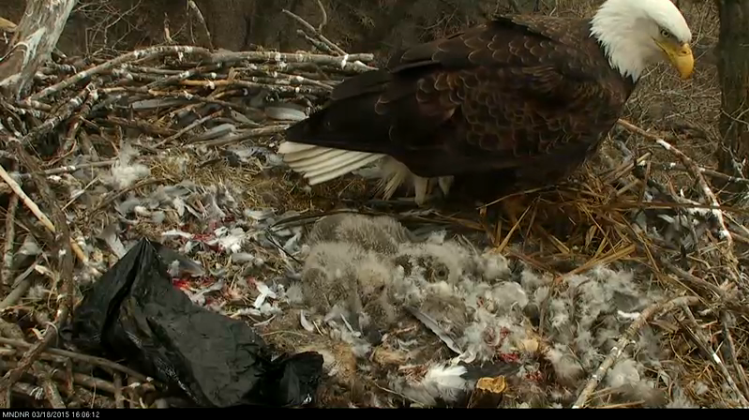 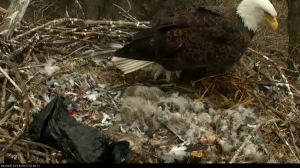 Bald eagles are migrating back to Minnesota and may be seen in large numbers across parts of the state over the next few weeks, according to the Minnesota Department of Natural Resources.

“Ice is breaking up along the rivers, so it’s definitely time for folks to keep their eyes out,” said Lisa Gelvin-Innvaer, DNR regional nongame wildlife specialist. “It all depends on the weather.  It’s typical to see eagles coming through our area in mid-to-late March, as waters begin to open up and snow melts.”

Only two states, Florida and Alaska, have greater nesting populations of bald eagles than Minnesota. In 2005, researchers estimated there were more than 1,300 active nests in Minnesota and that number has likely increased since.

Bald eagles that stay local may begin courting and nesting as early as December or January. Other bald eagles return to their breeding territories as soon as a food source is available.

“Eagle migration hotspots are a bit of a moving target, so it’s hard to say where the eagles are right now,” Gelvin-Innvaer said. “In Minnesota, the biggest migrations tend to be along the Minnesota River corridor, the north shore of Lake Superior, and around Lake Pepin in southeastern Minnesota.”

The DNR’s Nongame Wildlife Program is now streaming live video of a nesting pair of bald eagles on its website at www.webcams.dnr.state.mn.us/eagle.