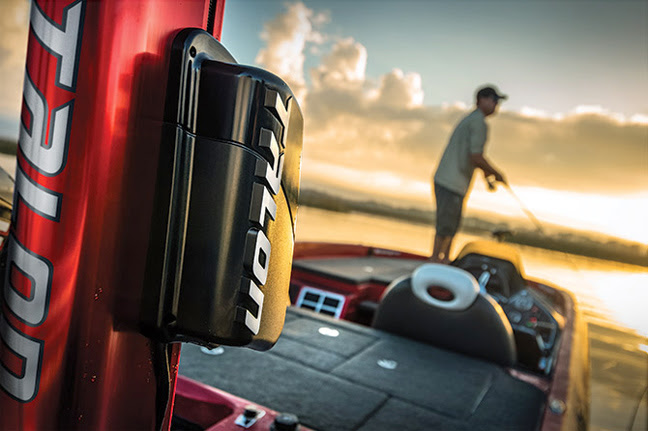 The $125,000 win marks Hite’s first on Okeechobee, although he’s no stranger to Florida bass. In 2008 he took first just up the chain on Kissimmee with an FLW record-winning margin of 20-pounds 4-ounces.

Like many west coast anglers, Hite’s at home in deep, offshore situations with finesse tactics, but he’s quickly earned respect as a double threat for his shallow-water power fishing game.

“I really like fishing aquatic vegetation, although I knew nothing about it when I started fishing here in 2000. Now it’s one of my strengths. But the biggest thing is having confidence, doing your homework and fishing hard. I avoid the dock talk. I want real-life feedback from time on the water,” says Hite.

Speaking of ‘homework’ and ‘real-life feedback’, like fellow west coast phenom and tournament ally Brent Ehrler, Hite is tech savvy and uses it to his advantage.

Like three Humminbird 1199s, two at the console, one at the bow, all networked via Ethernet and 5-port hub. “They’re basically upgraded 1198s. They’ve got a faster processor and an internal GPS antenna, which is super precise. But same menus, same operation as the 1198.”

Hite explains that two 1199s at the console make for easier viewing during pre-fishing, one dedicated to Side Imaging, the other to LakeMaster mapping. He says he spent three days running grass lines, marking 35 quality waypoints for tournament time.

“I ran parallel to the grass line and was able to waypoint indentations and points that held fish on my LakeMaster mapping, which is the best Okeechobee map I have ever seen. It’s amazing how fast you can zoom in and out. Plus, the lake was up so I used Lakemaster’s Water Level Offset feature for dead-on readings.”

Hite says networking his hummingbirds and sharing waypoints makes for faster fishing.  “I’d pull up the trolling motor, go back to the rear graph, view my waypoints and run right to them. If I’m not casting I can’t win. Every piece of gear I use contributes to fishing as efficiently as possible. Time management is critical to winning.”

Besides having his waypoints up, Hite says running 2D sonar was also “a must” for the way he fished the event. “I was fishing way offshore and it was all about running that grass line. I had my waypoints, but wanted to keep everything in view with real-time 2D.” 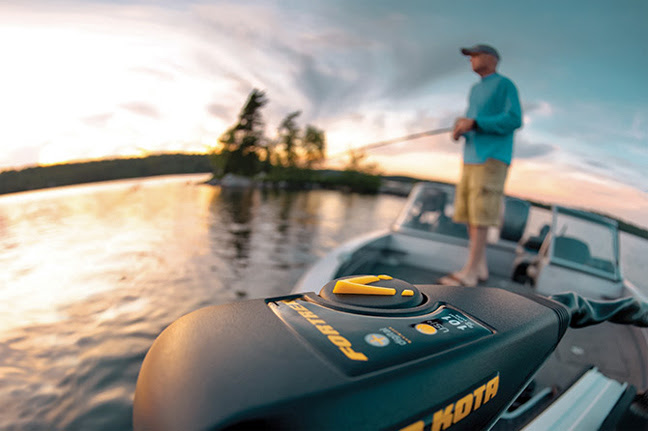 After three days of practice, Hite says he knew the lake’s Monkey Box section would be key. “Lots of vegetation and probably the lake’s biggest population of bass. It’s where I cashed checks the past three years. But my problem has been a real big stringer one day, and the next day I can’t keep it together. I knew this year I had to have a backup plan.”

Hite’s first pattern was fishing offshore grass with a Texas-rigged Gary Yamamoto Swimming Senko, a Z-Man ChatterBait Elite, a swim jig and an Evergreen Combat Crank 60 on the grass edge. His backup was punching mats around bulrushes with a large Yamamoto Flappin’ Hog.

“Making the right decision of where to start on Day One was a huge factor. I started on a little corner where I had a couple good bites during practice and right off the bat caught a keeper and then a 7-pounder. Filled out my limit by 9 am, started running a couple other waypoints and it seemed I caught a big one on every single waypoint. By 12:30 I had 35 pounds and literally just went pre-fishing to look for some new water. It was just a really, really great day.”

He says things didn’t get critical until Day 3, when a lull in the grass bite forced him into plan B. “At 11 am I made the run over to my punching area and told myself I had an hour to pick up a bite. After 45 minutes and I was pulling my punch bait out of a mat and a five pounder clobbered it. Then, in less than an hour, I caught four really nice fish.”

Hite reiterates: “It was all about time management and that backup plan.

“I hit my Minn Kota Talon shallow-water anchors probably 20 times or more each day. It’s a huge time saver. There’s no drifting off a spot and wasting time getting back to it. With the Talons I get back up and make the exact same cast or punch after I unhook a fish. It becomes super important on a lake like ‘O’ because a lot of times bass are either schooled up on a little corner or there may be bedding fish I don’t always see.”

Hite also credits his decision to swap out trolling motors this year as a smart move. “I really didn’t think the Minn Kota Fortrex 112 would be that much better than the 101, but there is a noticeable difference on power, torque and the steering is twice as good. Literally, you can put it on 100%, aim it forward, hit constant on, walk to the back of the boat, and it’ll run straight as an arrow.”

He adds: “Plus, the 112 helped me get a couple of badly-wadded fish out when I was punching, which is huge. It absolutely chews through weeds.”

Hite’s next FLW tournament stop is on Lake Hartwell, SC. Following that, he’ll be on a six week run beginning with the Elite Series kickoff on Lake Seminole.