What to do with an older wheelhouse 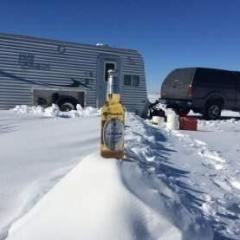 By Nordern,
September 1 in Ice Fishing