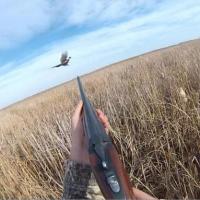 By rundrave, June 6 in Pheasant Hunting-Grouse-Dove-Partridge