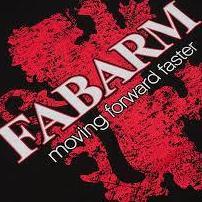 Party hunting is one of the things that biund families together and built life long hunting traditions. Why on Earth would you want to end that and have everyone hunt in isolation? We need more of hun

Here's one. Yes get rid of the Deer farms. So far their the only places CWD has occurred in MN. Here's two. Until it was even discovered or there was a way to test for it. How does anyone even kn

So hunters are already in decline and a small group of special interest hunters want everyone to conform to their version of Utopia which includes fewer hunters yet and more regulation. I don't see ho