My bow finally showed up... 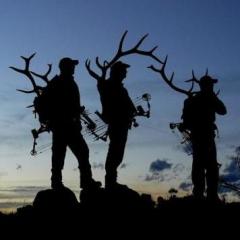